I report one session in DAY 2 and the Party for Japanese participants.

This was a video session hosted at other venue. First, Stephen Schmidt, Chief Information Security Officer at AWS, addressed the current state of security in the cloud, with a particular focus on feature updates, and what's on horizon in terms of security, identity, and compliance tooling. 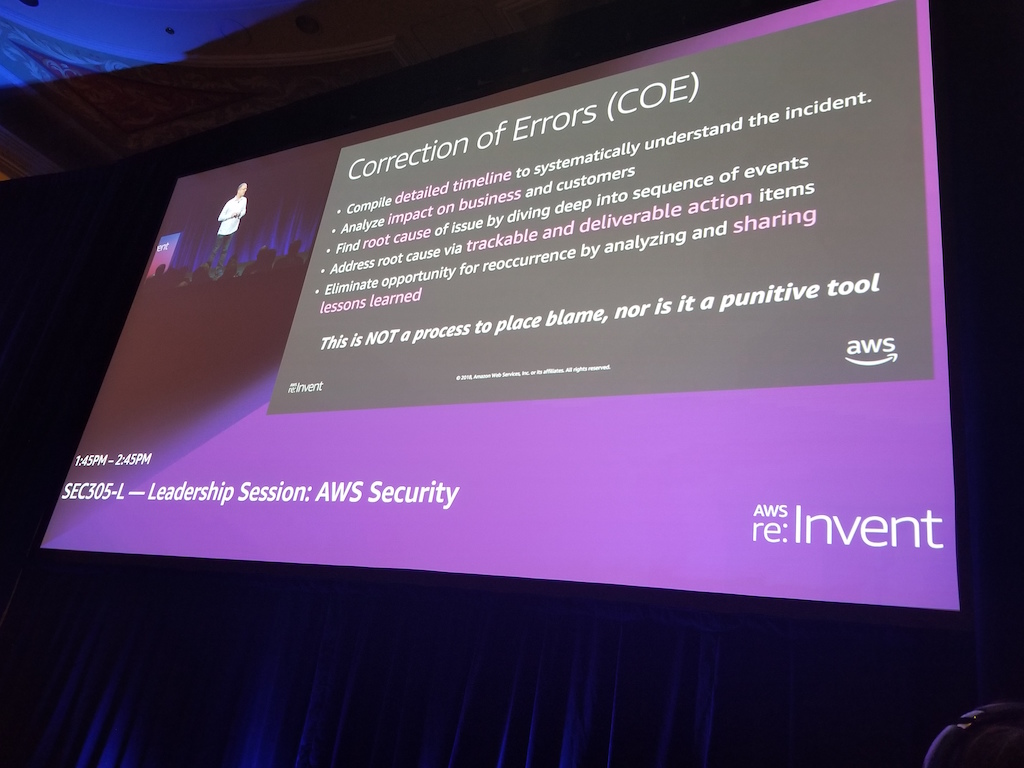 First of all, Correction of Errors (COE) was introduced. I particularly consented to The five "why"s because this idiom is also one of the better ways to reach root causes in Japan and I always keep it mind. I was little surprised having the same fundamental with such a huge company, I understood it was important again.

Then, some new features were introduced. 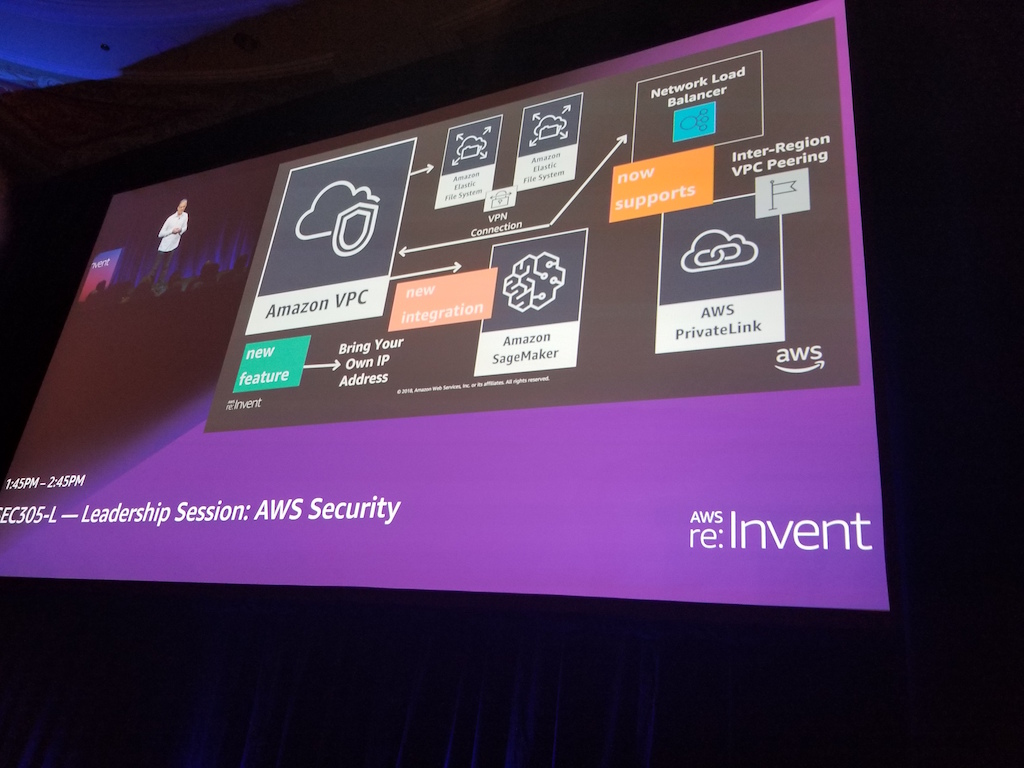 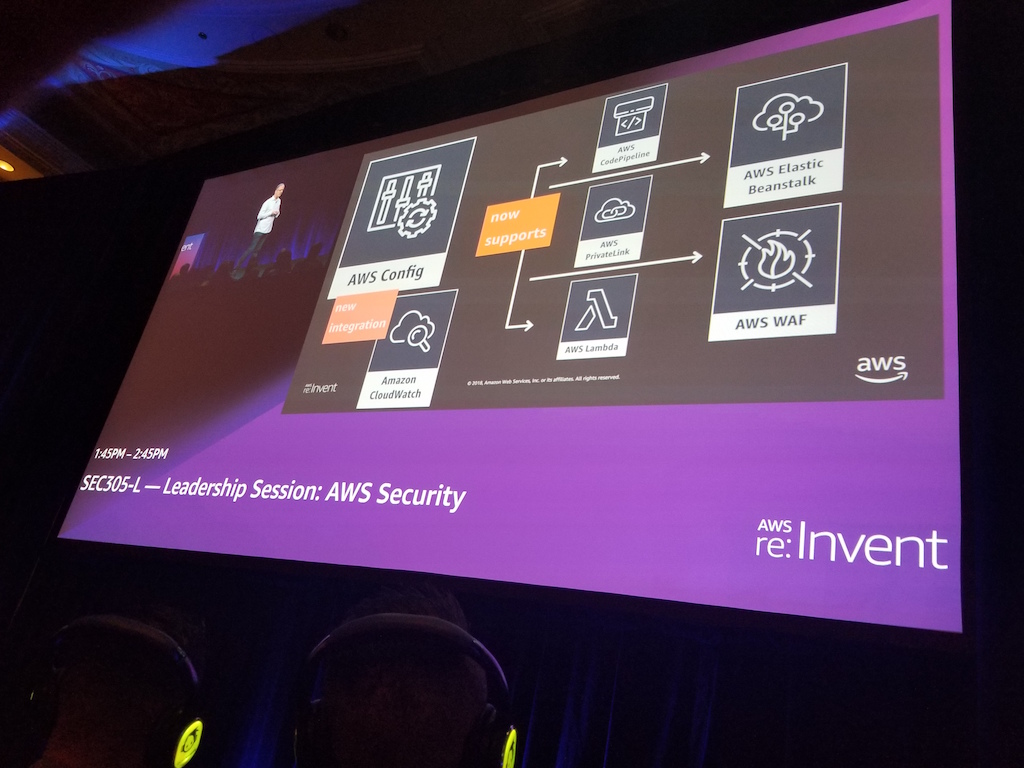 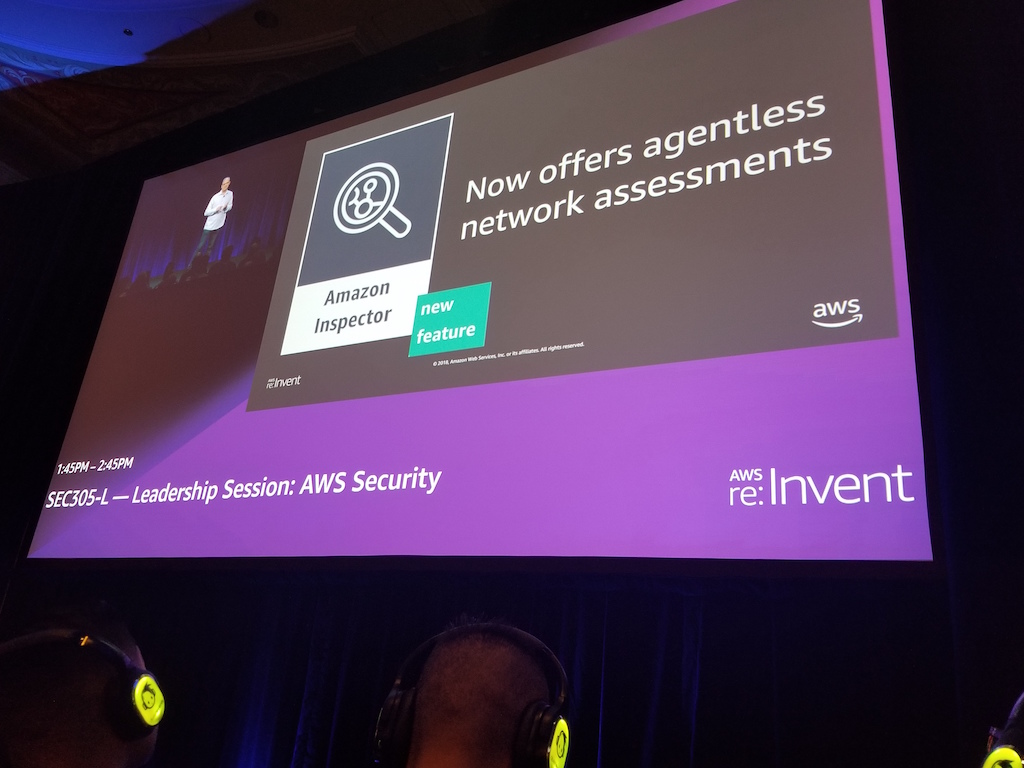 Amazon Inspector seemed good service. It is an automated security assessment service that helps improve the security and compliance of applications deployed on AWS. This is so powerful especially for small company such as us which do not have enough resources to do assessments.

Amazon GuardDuty also seemed good. It is a continuous security monitoring service that analyzes and processes the data sources: VPC Flow Logs, AWS CloudTrail event logs, and DNS logs. Splendidly, it uses threat intelligence feeds, such as lists of malicious IPs and domains, and machine learning to identify unexpected and potentially unauthorized and malicious activity within our AWS environment. We can anticipate good future with secure and cost saved applications by using it.

Next, representative of Intuit went up on the stage and described his company's security hierarchy of needs and which AWS services satisfy them. 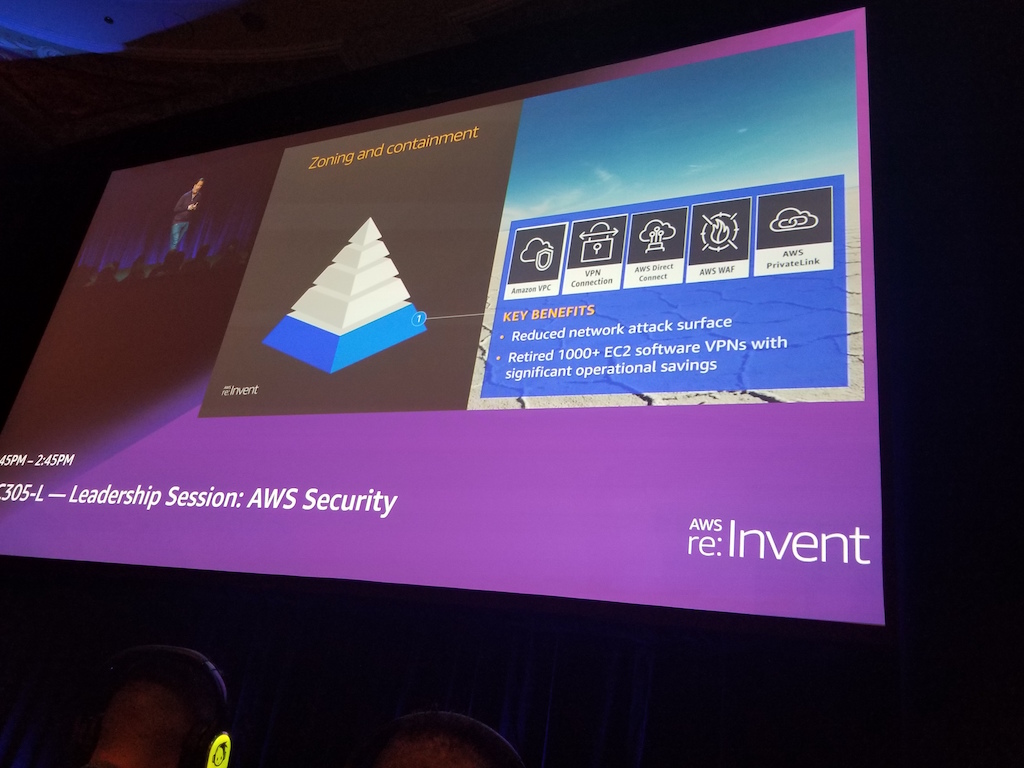 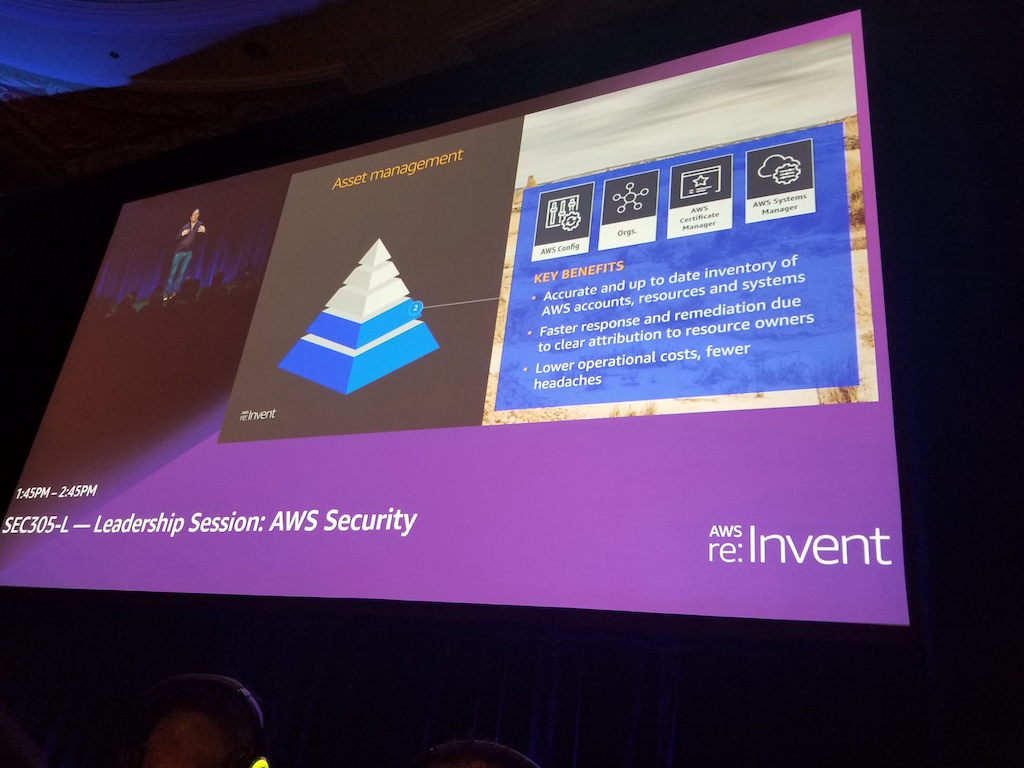 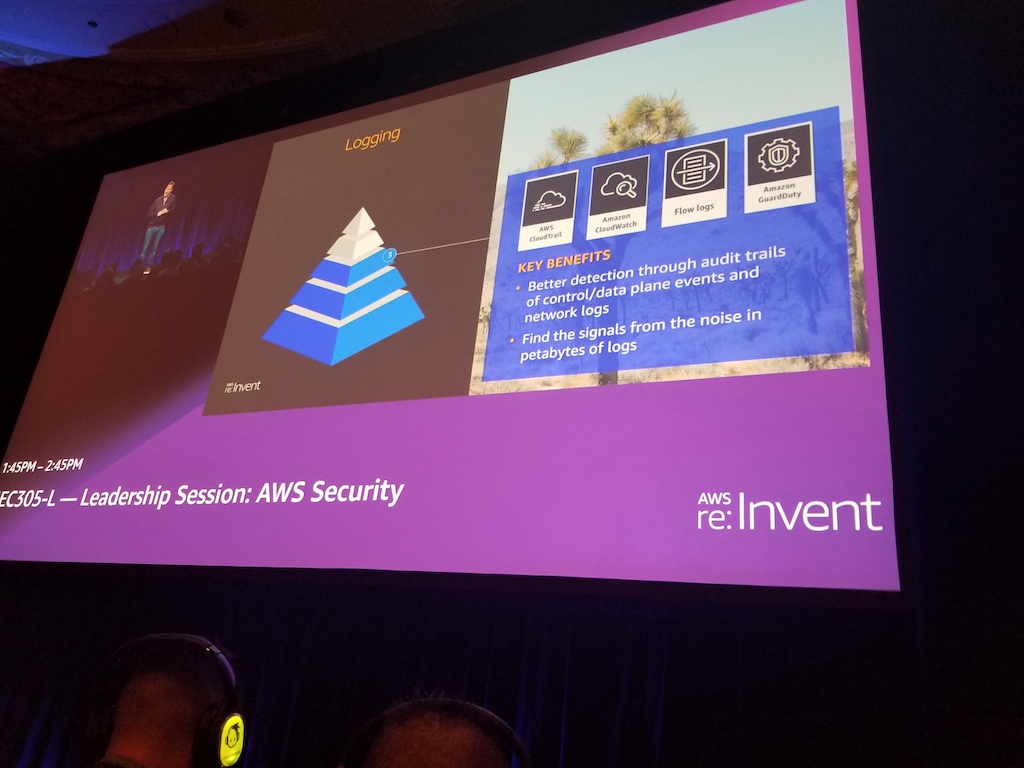 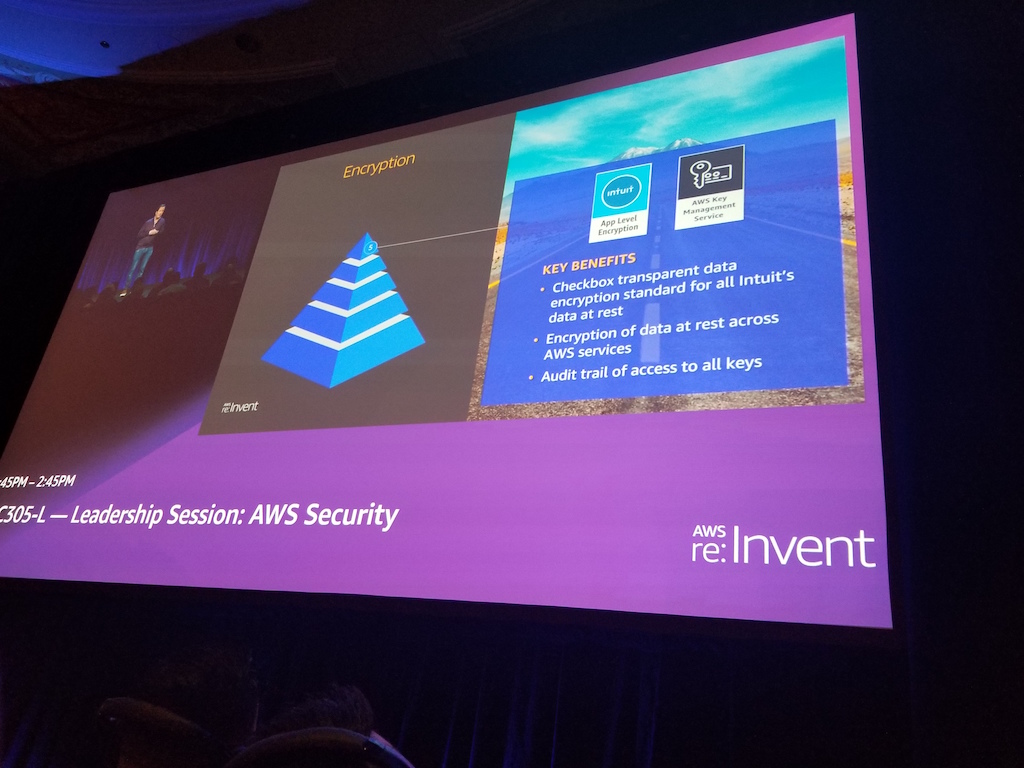 It was awesome to grasp security in a hierarchical structure. I have never thought of it as a hierarchy. (I guess you too.)

Last but not least, we got some homework from Stephen Schmidt. 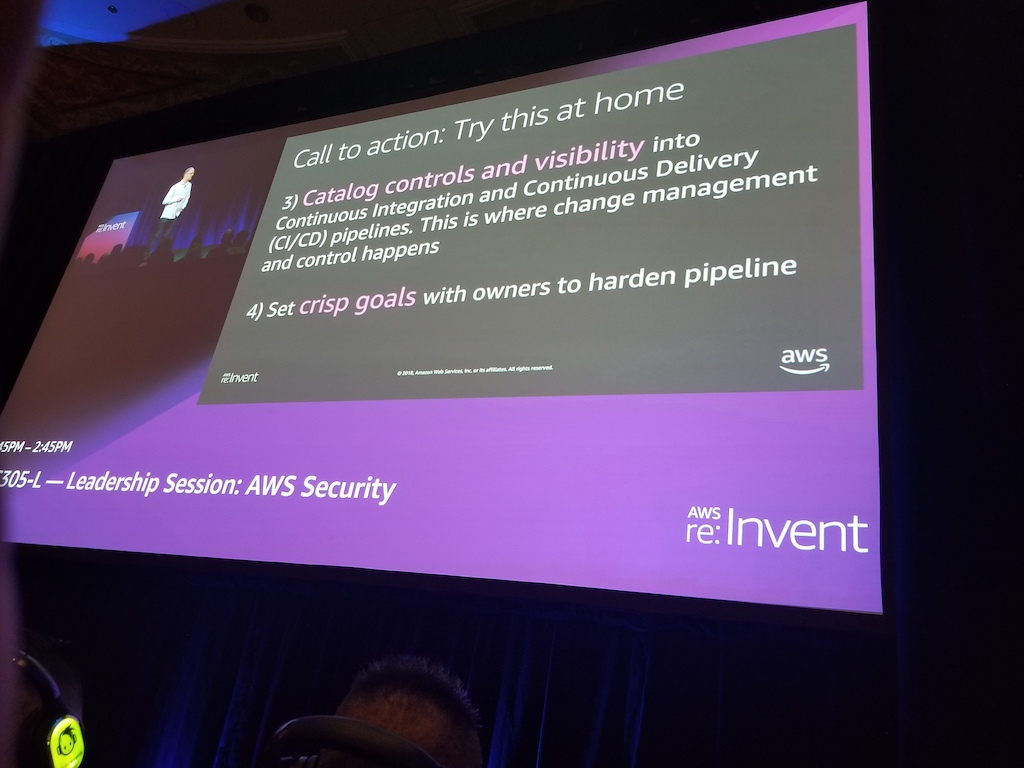 Though these actions might be too much hassle to do, we need to do that if we seriously want to change the project in a good direction.

Japan Night is the party limited to participants from Japan with pre-registration. Many people gathered for networking. 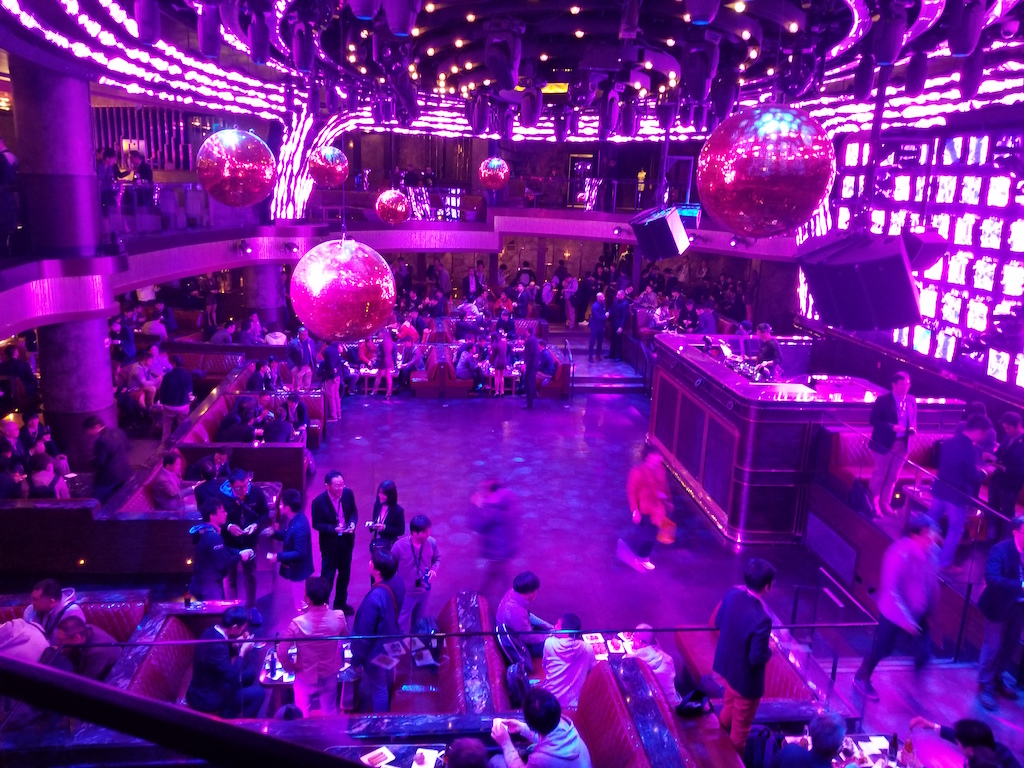 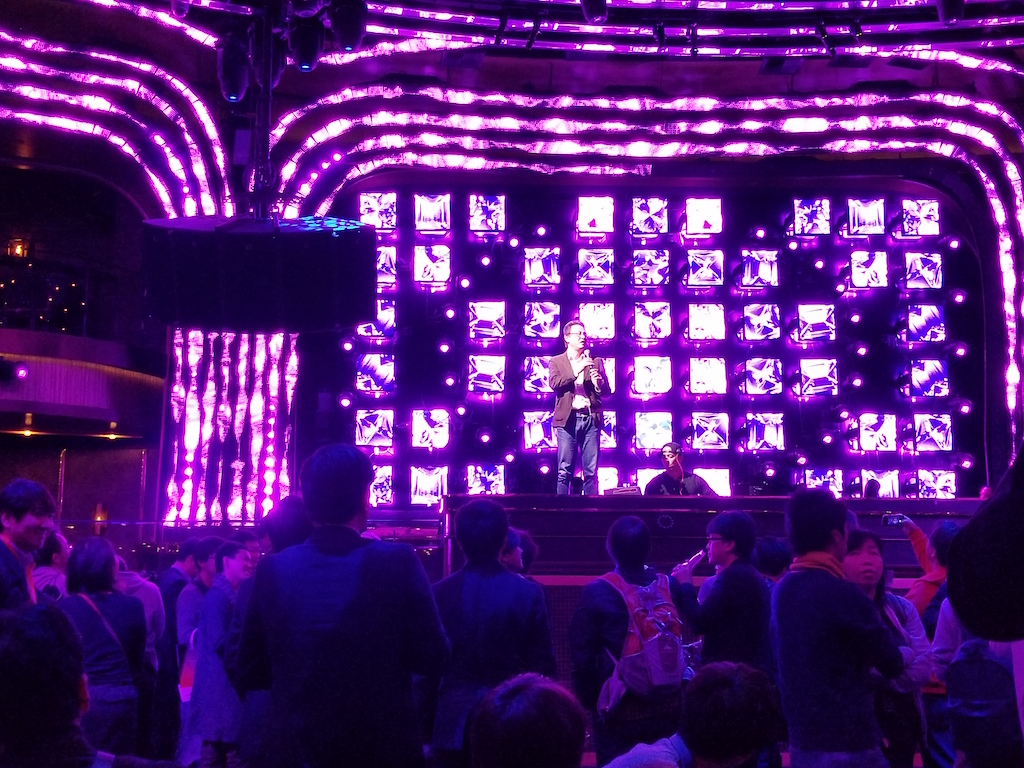 Given the number of participants, the venue was a little bit small but I was delighted to have a good atmosphere and fancy cuisine.

We’re a software design and development consultancy that builds custom web and mobile applications. For more detail, please refer to our Official Website .